Last 23rd of September, The Contrasto Gallery in Milan presented the exhibition Where tomorrow is yesterday, a selection of shots made by Alex Webb in India, a project full of cultural and symbolic values, where the street photographer’s cosmopolitan gaze has dilated to gather the living of a particular world portion.

Alex Webb’s photographs are levelling structures, ready to give back the complexity of urban space; the constructive scanning of his images offers an approach where the subject is discovered in several phases: buildings and walls are like stage curtains from which the figures come in and go out, rooms opens to make multiple and decentralized perspectives, windows are like narratives cut.

Photographer for the Magnum since 1976, Webb chooses the color as a dictionary made of essential adjectives to document the cultures he encounters. Color, in his shots, is the vital pulsating through which light reveals the world shapes. Light is color, while composition helps to activate a dynamic gaze where the elements, deployed on different depths, join the surface of the framing and they combine between tale and interpretation; the observer’s eye jumps from one of the image’s detail to another, as they were reference points, and follows the path of a meanings’ network. That’s how Webb encloses the time dimension. 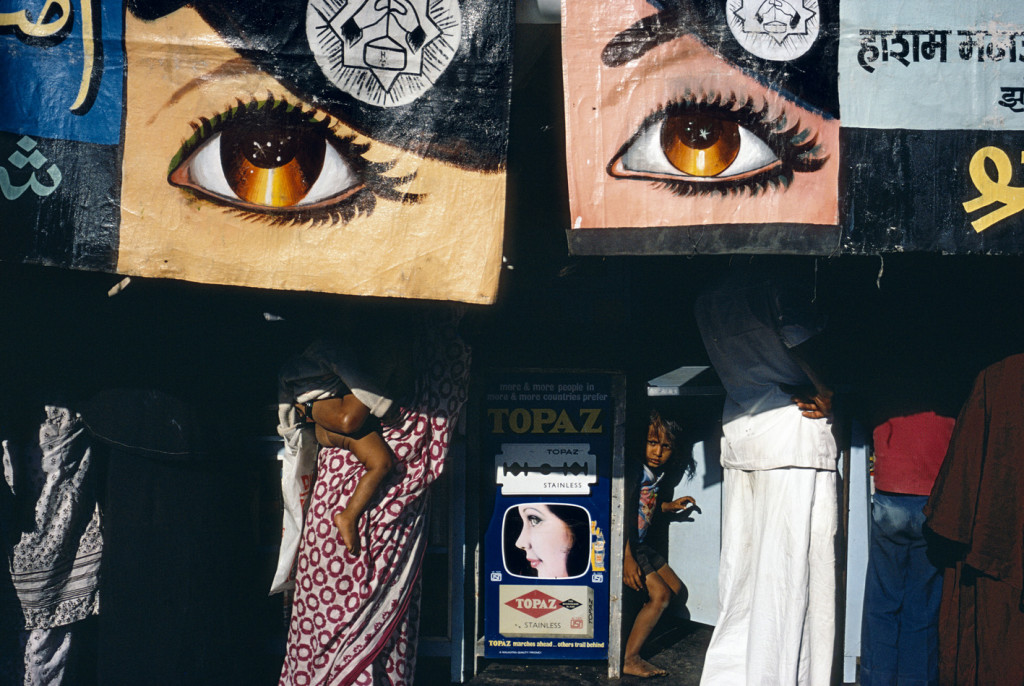 “No people whose word for ‘yesterday’ is the same as their word for ‘tomorrow’ can be said to have a firm grip on the time”, says Salman Rushdie, in his debut novel Midnight’s Children, referring to India population. To this refers the exhibition title, Where tomorrow is yesterday: the reality levels sum up, undermine and support juxtaposing each other; space is the experience of time, not in its becoming chronological but in its abrupt expression, in that eternal present which is the that-has-been of every photograph.

Alex Webb’s smile is kind and warm, it’s the smile of someone who’s got a big experience and feet gently rested on the floor. Against the Contrasto Gallery’s shelf – as big as a wall and full of photograph books – and then in the exhibition room, Webb talks with enthusiasm about his photography and his way of being a photographer.

1 – Photography is a way to analize and collect reality on a surface. What would you say about the structure of your photos and the composition elements?

I always believed in a certain level of complexity in photographs. I tend to be drawned to things that are complicated and multilayered elements. It has a lot to do with the fact that I simply see the world as a very complex place that is difficult to define, difficult to fully understand. On some level, my photographs are a way to try to understand visually what it is that I experienced out there in the world. I don’t know what I’m going to find when I walk out of the door but I find things and, in that process, discover things.

2 – About the complexity of the world, the project Where tomorrow is yesterday is a research about India. How did you manage to create a uniform and homogeneous series documenting a Country multilayered as is India?

That is an interesting question. This particular selection of pictures actually comes from three trips in India, over a long period of time; the first trip I made in India was in 1981 and the next trips that appear exhibited here were from 2013 and 2014. So in some way is kind of interesting that the pictures do hold together because it’s been a long period of time that I photographed and clearly I continue to see the world in the same way all this many years, I response in certain kind of ways consistently through the years. 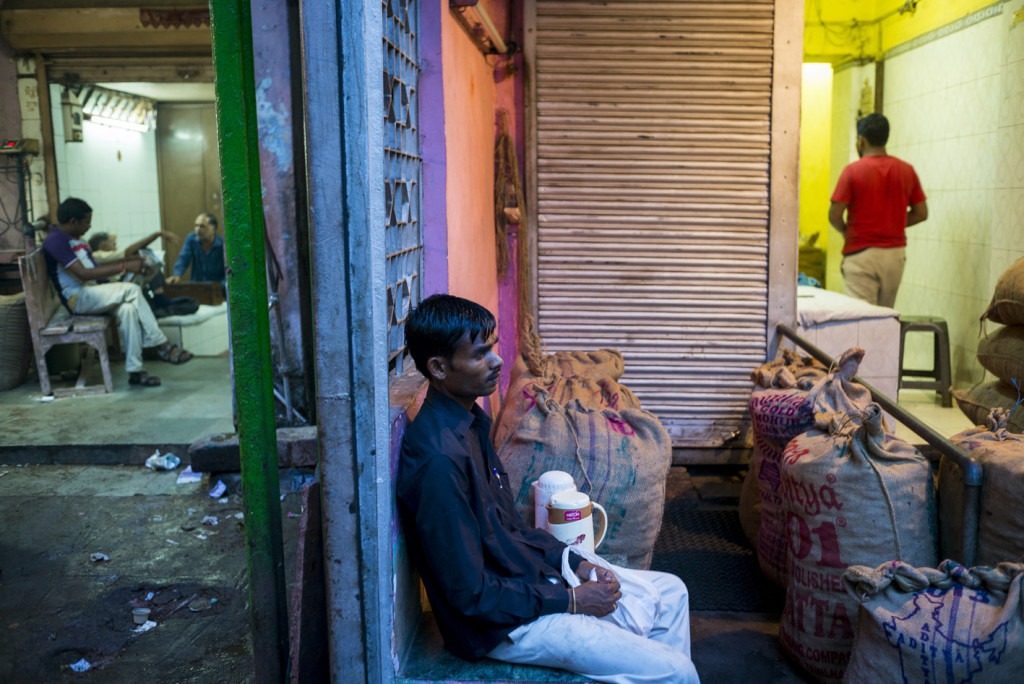 3 – The most of your works are in color. What’s the role of colors in your photographs?

My way of coming to color was interesting; I started out as a black and white photographer and I worked pretty consistently in black and white until 1978 about. But from 1975 to 1978 I started working initially in Haiti, then along on the US Mexican border, and deeper in the Caribbean and deeper in the Latin America. As I did so I realized something was missing, that I was dealing with the intense light, the vibrant colors of these places, because I felt that these places are places where colors are embedded in the culture. I certainly think that is true also of India. You know, there are obviously a lot of wonderful black and white pictures taken of India but my experience in India is of being assoulted by a kind of intensity of color as I walked down the street.

4 – Shooting on the street, how much is important to be in the right place at the right moment?

It’s very important but one never knows what the right place or the right moment is. I mean, there are times when you sense the possibility to photograph and you take a bunch of photographs in the same direction and somehow it’s not working. So you turn the other direction, take two frames and that’s the picture. Sometime you have to go through the frustration and pain of taking all those photographs that were unsuccessful in one direction to be able to get the others in the other direction. For me, photographing in the street it’s a really misterious process, because you’re never in control, you know, the world is your partner but you are at the mercy of the world. It’s not about control, it’s about response.