In Wim Wenders’ masterpiece, Il Cielo Sopra Berlino, we surely remember the old Homer wandering through an uncultivated land looking for the dear old Postdammer Platzt; or Peter Falk’s consideration: «Not the station where the trains stopped, but the station where the station stops» while passing by Anhalter Bahnhof station. Wenders’ ghost Berlin, crossed by the irreparable war wound, is the ruin emblem itself: a melancholic ruin, a tragic monument. The human being, eternal Angel of History, directs his languid glance, tries to find again an identity in front of it.

La forza delle rovine – an exhibition promoted by the Soprintendenza Speciale per il Colosseo, Museo Nazionale di Roma and Area Archeologica di Roma, together with Electa, curated by Marcello Barbanera and Alessandra Capodiferro, at Palazzo Altemps in Rome – starts from the idea of incompleteness, reflects on man’s everlasting challenge to make the present co-existing with a past which materially still exists. An ambitious exhibition that put itself as unicum in Rome, whose complexity is an invitation to consideration, to investigate the several reading levels articulated on the interdisciplinary gaze. As the title suggests, the aim is to present the concept of ruin in its bipolar value: from one side as synonymous of decline, from the other as a strength of past where to retrace roots, memory. The structure of Palazzo Altemps itself, palimpsest where restorations have occurred during the centuries and so statements, encloses the exhibition essence, as explained by the curator Alessandra Capodiferro.

La forza delle rovine hosts hundred-twenty works from Italian and foreigner private and public collections; particularly relevant is the presence of literature and music besides the usual paintings and sculptures, photography works and cinema – this last one is very well treated in the exhibition. The route among the nine sections that compose the exhibition, analyzes in many points of view a theme performed in times, places and most different characters. The ruin concept since ancient times till modern times, although it attempts to change according to several factors, assumes a trend we could define circular, like the history gait. To state the theory is the dialogue between the different nature works exhibited, also between these and the works belonging to the permanent collection of Palazzo Altemps. It’s the fil rouge that puts in connection Beirut rubble images pictured by Gabriele Basilico with the sublime sense of the past greatness typical of Giambattista Piranesi’ s works; the reading key lies there.

It’s interesting the curator Barbanera’ s note that underlines how the figure of a visionary Piranesi, commonly diffused, is far from that one proposed in La forza delle rovine, to make emerge also the artist’s side which he has defined prototopographer, who outlines the monuments anatomy, investigates their structure excavating like an archaeologist. On this direction the exhibition path doesn’t mean, by rhetoric, to stress the melancholy suggestion that the ruin gives, but to considerate the ruin material state; a ruin which abandons the ideal category and, as a fragment of something that doesn’t exist anymore, it generates a new existence, a new fully legitimate whole from its not-being. If we referred to Walter Benjamin’s speech who thinks the assembly method is a way for a possible reconstruction, we could start just from the uncompleted, the so-called shreds that the philosopher encouraged to use. These are not icon signs, symbols which live on conventional associations, as cross reference between form and contents; on the contrary, their contrasting strengths carry out in an incomplete aesthetic.

As last analysis, in La forza delle rovine the dystopian scenery of contemporaneity, that sees the ruin degeneration into junks and rubble, coexists with the iconography of a decadent ancient town, although it may be missing of romantic charm. The ruin persistency changes; a transformation for which time is necessary and gives it a solid identity; in the dromoscopy modernity horizon, on the contrary, rubble are swallowed by a too fast time, worn out by a future that excludes them because they’re inconvenient, disharmonic. Last exhibition section, (Ri)costruire le rovine, puts an interesting and still open matter: which relationship exists between archaeology and modernity? And so, which will be tomorrow archaeology? 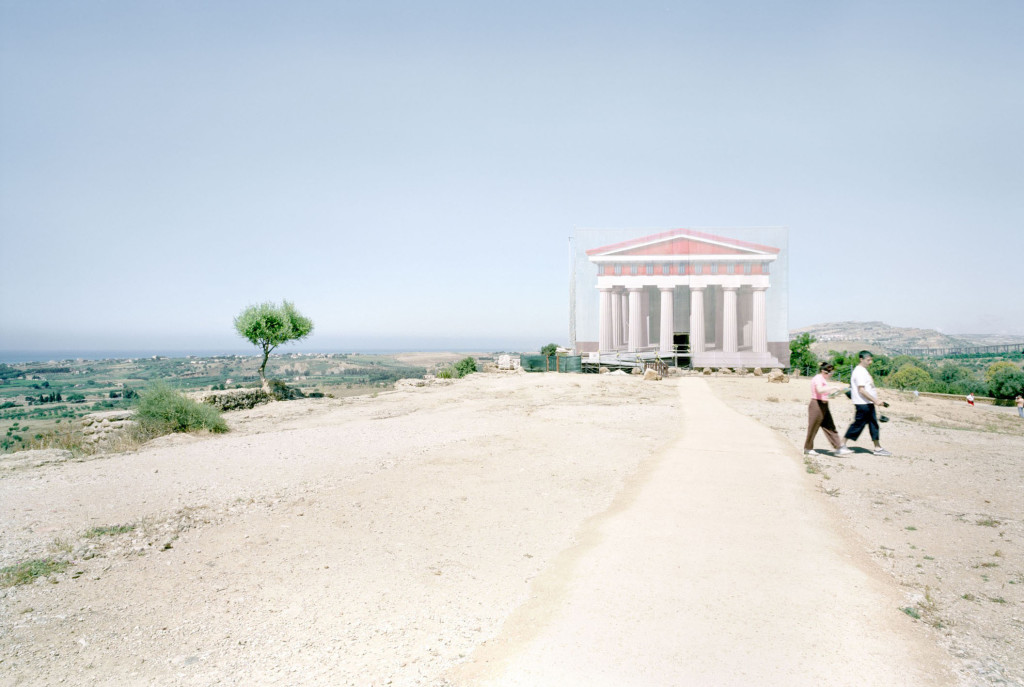 Promoters: Soprintendenza Speciale per il Colosseo, The Museo Nazionale Romano and the Area Archeologica di Roma in cooperation with Electa.